October 19, 2022 – (Decatur, IL) –  Now that she is running for Congress, political and special interest consultant Nikki Budzinski is changing her tune on dark money… at least other people’s dark money that is.

On her website, Budzinski preaches about how politicians shouldn’t be voting for special interests (assumingely the ones she didn’t work for) and the need to crack down on Super PACs and reduce Big Money’s influence on elections.

Steadfast in her commitment to saying one thing, and spending her career doing the other, Nikki’s money is NOT where her mouth is. In fact, her money is mostly from the East and West Coasts.

About $2.4 million of Budzinski’s total money raised comes from outside of Illinois, with nearly a quarter (23.98%) coming from special interest groups.

In sharp contrast, her political outsider opponent Regan Deering has accepted about 8% of her donations from special interest groups, with the majority of her funding coming from right here in Illinois. 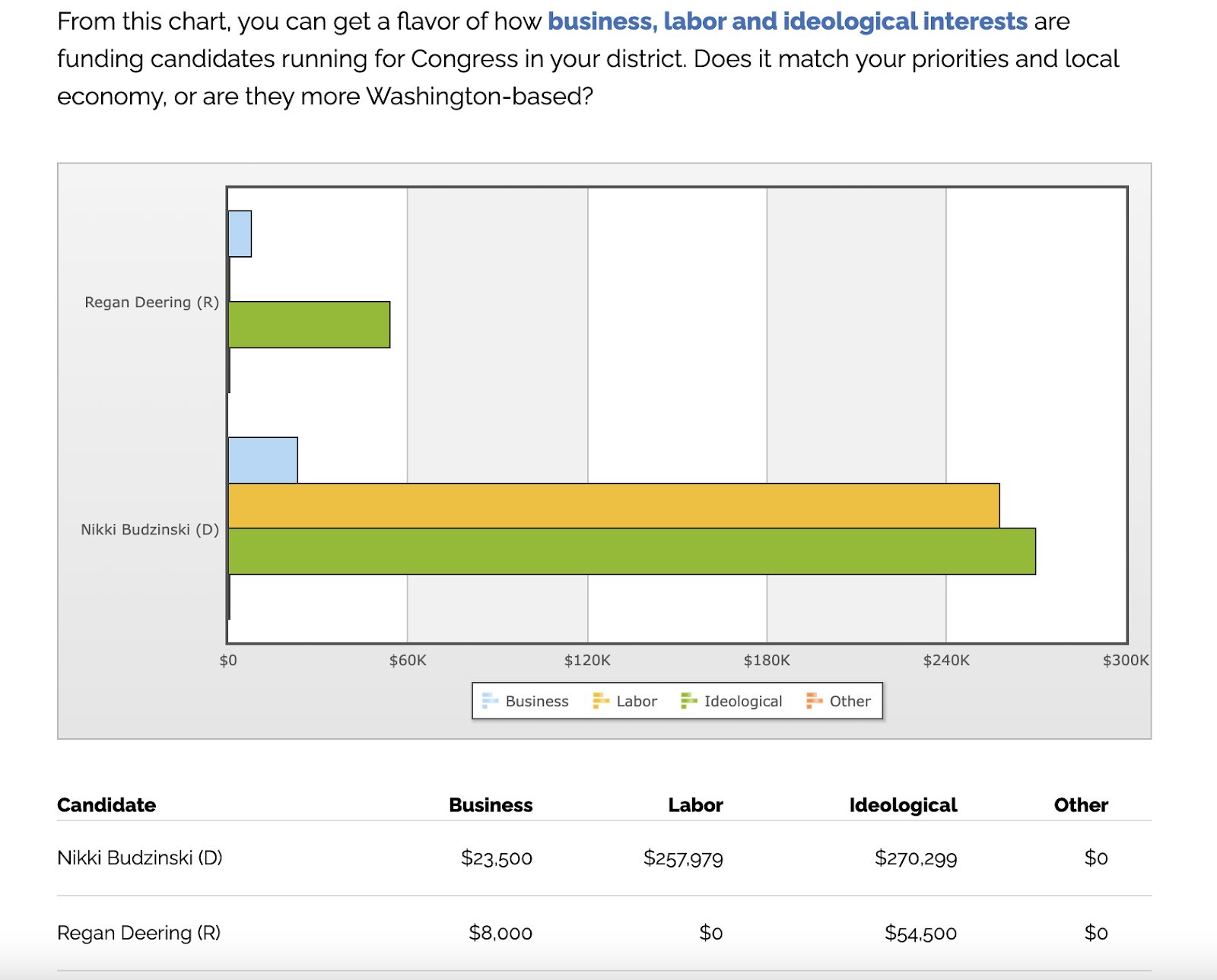 “Nikki just moved to the district from Washington D.C. less than a year ago, so I understand why she is funded by the special interest groups she has been working with and for all of these years,” said Deering. “I have focused on fundraising here in our state because I want to ensure that the people I am going to represent are invested in our mission because it is our district’s views, not those of special interests and politicians on the East and West Coasts, that I will be bringing with me to Congress.”

Budzinski is especially popular with theSuper PAC crew, benefiting from more than $1 million in outside spending from Emily’s List’s Super PAC, plus more than $700,000 from other Super PACs including House Majority PAC, Planned Parenthood and Protect Our Future PAC tied to Securities & Investment and Cryptocurrency.

She also reigns in support from elite liberal politicians such as House Majority Leader Steny Hoyer of Maryland, House Democratic Caucus Chair Hakeem Jeffries of New York, and California-based Speaker of the House Nancy Pelosi who have all campaigned for Budzinski over the last couple months.